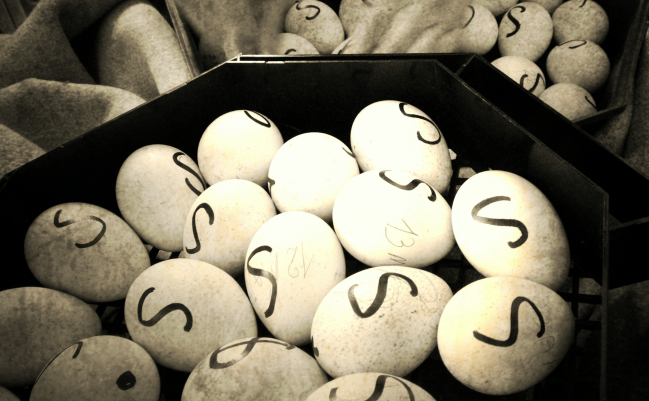 I picture God with his monocle and his needle, intently stitching away at the embryo. I imagine him working at a feverish pitch, sewing in eyes and ears and creativity and stubbornness into a quirky, unorthodox mosaic that He found amusing.

He was gifting this embryo with a reflection of his own image and he found her charming and endearing. A chuckle escaped his lips before drops of perspiration broke out on the Godly brow. He was stitching against time; a teenage mother planning to undo his work, a father rejecting it. Each weave of the needle was a victory step toward eternity for this embryo that He was knitting together.

And when she was born, she shattered hopes and dreams, interrupted lives, birthed pain that would unravel family seams.

As she grew, she was always aware of the dissension that her presence brought. Shame laid on her form, imperceptible, like a scaly thin layer of extra skin. She saw herself through the lens of the adults in her broken family. There were so many lenses with different facets, but always, always, that little girl viewed the child through the spectacle of those who were meant to be her protection.

She was precious to One, taking refuge under wings when the predators came out but One was weak and unable to stand against the family.  To the power wielders, she was a bother, a pest, a stealer of a portion that belonged to them. Even the prettiest lenses, One’s lenses, still revealed a shadow of the pain that she had caused with her birth.

Like a baby knows air, she knew the charade of pretend love – how adult smiles can hide the bite of bitter jealousy. She even learned to engage those fake smiles, to play nicely, to compensate, because as the source of the problem, she carried the guilt for causing their pain. Keeping peace in the family was her responsibility. It was penance for being born.

And when the tongues of jealousy burned their fiery path, she knew that was her fault too. They had a right to be angry, for she took what was rightfully theirs.

She knew the way she got in the way of their lives. She could see the nuisance she was through their many lenses. She heard them mutter ‘spoiled’ under thin smiles. Their anger burned in their hearts, bubbling with dissension. Looking at her brought a sneer veiled with a smile.

They were so very heroic in her eyes. 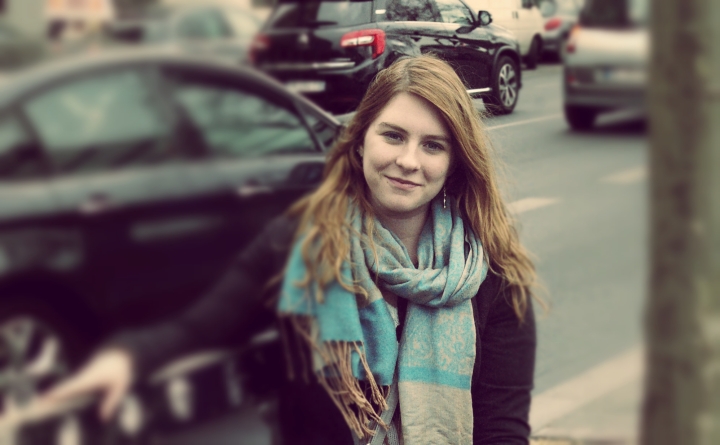 They gave her a home, gave her a place at the table with just enough, and puppy dog pats on the head with secret talk behind her back. They hid their ugly feelings under sheaths of pleasantness and tried to smile over and tried to like the little Nuisance that God had forced upon them.

As a teenager, she was harder to stomach – fiercely independent, sometimes disobedient, selfish, and stubborn. Spoiled. She was so ungrateful for the scraps they had thrown her way. The unwanted Interruption had managed to grab something from the table just as they had always feared.

By now, their lenses were a part of her. She never looked at her world or at herself or at God without the presence of someone’s perspective. She was growing weary and weak in spite of a strong and young body. The lenses distorted and slowed and prevented and dragged like a rock around the neck.

By chance, a ray of hope dared to illuminate a path for her and she found that she could avoid seeing herself through certain lenses when she disconnected geographically, physically, relationally from an individual. Gathering her small possessions, she plotted and she planned for the day she would escape. And when that day came, she moved, she distanced herself, and she found that indeed, there were lenses of herself that were easier to wear, easier to stomach.

A breath of fresh air, like springtime for a seedling.

Without the hellish lenses of her past, she grew. She matured. She blossomed into the life that the monocled Tailor had stitched for her.

She almost forgot that the spectacles even existed. Or rather, she grew used to the absence of those spectacles of Shame, like one grows used to the sweet smells of a garden.

Days passed into years and when she was mature and had known the joy and the wonder of the monocled Tailor’s hands sewing life within her own womb, when she had loved her babies and mothered their storms and tiger roared anyone who dared to force shameful lenses on the young in her care, Past swaggered back into her life.  He reached out to place those hellish spectacles on her eyes, just like he had always done and she stood still and she was obedient  while her eyes remembered those images of long ago.  She could feel  the little girl stepping through the layers of time – there she was, ashamed, head bowed, body-vulnerable –

From the core of her being; through the bindings and the stuffings and the stitchings of the monocled Tailor’s handiwork, a mighty geyser roared upwards. The little girl now a woman found her voice for the first time. Slowly, achingly slowly, her head raised up, and her spine straightened up, and her eyes looked up and they were beautiful.

With the spectacles still in place yet with eyes of unflinching clarity,  she did what no adult had ever done for her. She protected the little girl.

“You are forbidden”, she spoke clearly now. “I forbid you,’ and now her feet shuffled in intentionality,  ‘to use these spectacles on me. Ever.”  And with words and with feeling, she bared her soul and honored the right of the little girl to be in this world. She gave her space to grow, a right to be loved, the freedom to make childlike mistakes and yet know the sunshine of a strong, protecting unconditional love.

Now drawing the spectacles from her eyes while the persons of Past watched in silence, she stepped into a ray of sunshine. Placing a hand on either side of those hellish glasses, she twisted and tore until they snapped in two. Slowly then, she dropped the pieces at her feet and there in that heavenly beam, she twirled a circle in a twirly skirt.

The vastness of Heaven filled with childish peals of laughter and the corners vibrated while she danced and she twirled. And the dust rose from what once had been her spectacles.

And the monocled Tailor smiled for he knew that the embryo he had so lovingly woven together was just as beautiful and strong as he had imagined with that first stitch so long ago. 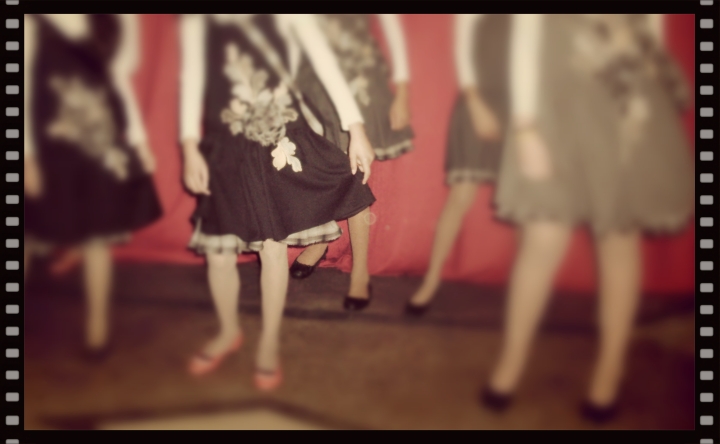