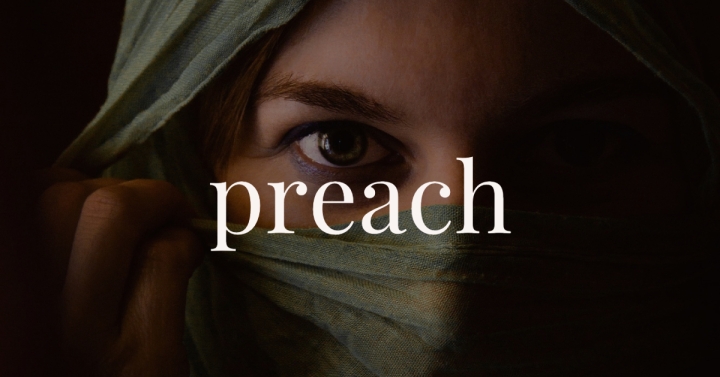 We belly laugh as we wind through the cobbled streets of Budapest and settle into a little Cajun spot called Soul Food. My colleague who is also an ordained woman has just come from a Christian meeting where she identified as a minister. A man from the group responded with an uncomfortable  grimace and an, “Oh, you’re one of those ordained women.”

Ordained women. Within the evangelical community, we birth those awkward silences for some and become the point of John Piper-like posts for others.

Ordained women. Perhaps we are a bit or a lot like Mary – pregnant with a story to bear that begins like this, ‘God asked.’  God has asked us to do something beautiful, something hard, something that may bring scorn and may cause men to question our worth and other women to question our character. Pregnant Mary – those words that sum up her identity sound less vulgar sitting on this side of her story where we have prettied up her narrative and made it familiar and soft with the fireside lights and the decorative manger scenes. But, that burgeoning belly, the dilating cervix, the virgin breasts, the moans and the blood and the groans of birth and fear and dirt and the quaking of a teenage girl brought shame. We have erased the clicking tongues, the awkward silences, the emboldened stares boring into that ever swelling belly,  ‘She says God asked her to do this.’

Oh Mary! What kind of strength of character did it take to wake up and face the world every day? What kind of mettle were you made of that you stood tall and courageous and visibly obedient while the community mocked and scorned and questioned your sanity, your morals, your worth?

Oh Mary! Pregnant and visible and asked by God for the love of God to do something beyond yourself: bare your soul and bear the Word. It’s a messed up, messy proclamation that at its genesis feels nothing like good news, but it’s holy news.

It is holy news today even though the power of words have stripped and scripted a woman’s role down into the pretty and proper and feminine borders of a manger scene. Though it is hard to hear you or to really see you, Mary, your story is vital for us here because you bear witness to the movement of God upon you, to the presence of his Spirit within you, and to his call and your submission to that call. Your call was to bear the Word into the world and that call came to you, a woman, because you were a woman and not in spite of the fact that you were a woman. And that same holy call and that same submission to the call searches us and finds us today.

Mary. Woman. Mother of God. Woman of God. I am one of you. You are one like me. I am one of those who is ordained to bear the Holy Word into the brokenness of our world.

This God-call, this ordination, it pulls me from the warm cocoon of my covers, past the kitchen with the often lingering reminders of last night’s meal and to the table while the breaths of children and husband lie heavy and peaceful on the before-the-dawn air. Mother, like Mary. Woman, like Mary. Full with the presence of God, like Mary. Called to serve, like Mary. Visibly obedient – and here the tap-tap of fingers on keys skips a heartbeat – pauses – falters.  This long and visible obedience is more than hard. And my body, it remembers the turmoil, the tearing, the sweat of the gritty pushing from the core of being in order to move life’s newest squeal through the threshold and into this world.

This bearing of the Word into our day and into our time for this generation, it asks of us  that Mary-like, long and visible obedience. To be a women who is called today  is an obedience to be present and pregnant with the promises of God – in the pulpit, in the classroom, in the halls of academia, and in the pages of the published medium.  This is a call to dig past the resources that daily sustain and to call upon some deeply embedded strength to push. Push against this glass threshold and feel it shatter.

To be a women who is called today  is an obedience to be present and pregnant with the promises of God – in the pulpit, in the classroom, in the halls of academia, and in the pages of the published medium.

Are you called? Are you called to be visible for the hope of this generation and the one that comes after? Because our visible obedience is grace – grace for those who tread this cobblestoned way after us. We mark this way for them, we open our arms and bring them along, we walk strong and tall and Mary-like.

At the age of 14, my pigtails would have nodded in the negative over God-ordained, God-spoken womanly tones in the pulpit. I found Jesus in a community church nestled into the heart of Kansas where the topic of women as pastors never touched lips. Women were never visible in leadership. The pastor was a man, worship was led by men, the youth pastor was a man. There were a plethora of women heaving and bearing that church of believers to glory, but their praying and their ministering and their mentoring was just what good Christian women did.

I stumbled into a Nazarene college and studied education because I wanted to minister and women can be teachers, or so we thought in the days before Mr. Piper*. In a random conversation someone asked me if I thought women should be pastors. “No,” I piped. There were no women in visible pastoral roles in the churches that I attended. The chaplain of the university was a man. The professors in the religion department were all men. It was a period in our denominational history where only a few women were in ministerial roles and I knew none of them personally. The North American church was heavily influenced by a fundamentalism teaching that a woman’s place was in the home and not in the pulpit. The only facet of Mary that I knew was the one with her perched in a manger scene – one quiet, peaceful, prettily poised woman in the midst of a manger of men: Joseph, and the three kings, and the shepherd boy doing God’s work..

I was 14 when God called me to be a missionary, but it never occurred to me that he would want me to study religion.

By the age of 18, I was training to teach because it was a ministry opportunity, but it never occurred to me that I should consider pastoring.

By 22, I was married to a future pastor and I imagined my ministry role would be as a support system to his ministry.

The pulpit was always filled by the presence of a man and God is referenced as the Father and rarely, if ever are the mothering qualities of God mentioned, and Jesus was a man, and the Holy Spirit has no body.  And the manger scene is mostly men in a doll house.

But then God sent us to Russia. I was 26, and with the lingering scent of communism clinging to the Moscow air, I found myself in the hotspot of mission. Women were being called into and trained for pastoral ministry and for church leadership. I was suddenly ministering beside women from Russia and Bulgaria, Ukraine, Romania, Albania and a handful of missionary women who had seminary degrees. On the other side of the world from my Kansas home, I heard, saw, and experienced denominational leaders considering women’s names for ministerial preparation, just as they considered the names of men. My husband supported, resourced, encouraged and appointed women, in equal measure to men, for ministry positions and I began to imagine and then to believe that God could and was calling me to be ‘one of those.’ I completed the Nazarene Course of Study. I fulfilled the requirements for local and district licences. I was ordained.  I serve.

Looking back at the 14 year-old, pig-tailed version of myself – that sweet girl thumping Kansas dirt with her bare and dusty toes – that girl before womanhood, and babies, and pulpits and messages from Mr. Piper, I would say to her with boldness, “Preach.”