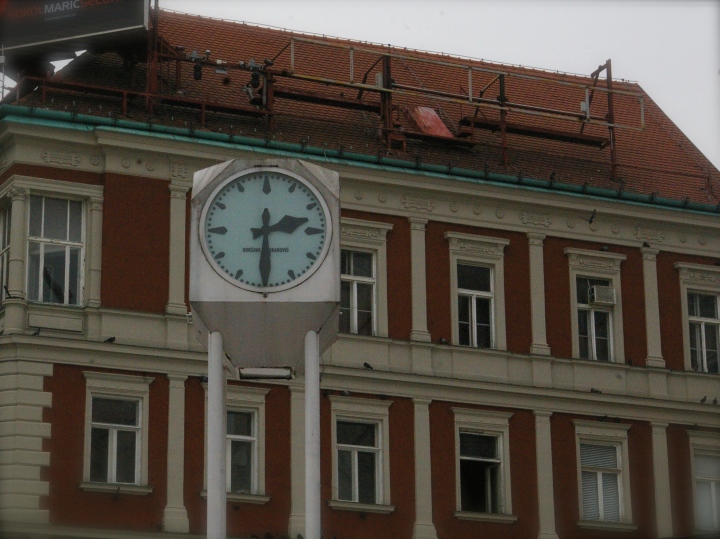 My little slips of paper were huddled together, folded and shivering for a turn to reveal their message.  Outside that warm cabin up on Bulgaria’s Vitosha mountain, there was a sunny crispness to the air and the satisfying crunch of iced snow. It was the sort of winter new that leads you to believe that there is hope for this broken world.

Those slips of paper? They were holy revelation – a declaration of truth.

We were ten friends meeting together to plan for a new year of ministry in the Sofia Church. While the world seemed to hold its January breath outside, everyone in the circle had been tasked with writing down what gifts the others contributed. If we were going to take the 1.8 million populace of Sofia for Jesus, we needed clarity about our significant roles in the coup d’etat against Satan’s dark forces.

T was beside me, with her golden smile and her startling blue eyes. She breathlessly unfolded her slips of revelation, “Musical Genius. Beautiful voice. Able to move people with your songs. Worship Leader.” There it was; the money maker — Worship Leader.  T had concrete contributions to church-growth ministry.

Jay was next. “Leadership. Strategic thinker. Preaching. Diplomatic. Bible knowledge.” Of course. Of course. The man who leads, who has half the Bible memorized, who helps us all move forward while staying strategically grounded in the Word.

A was the teacher. J and R were the uber-organizers: the ‘go-to girls’ when you need it done right. J2 was tech and enthusiasm and networking. G was musician, teens, worship.

Everyone had a role. A niche. A gift.

Finally, it was my golden moment on that crisp morning. What did I, a girl from Kansas rooting herself into the rich, Bulgarian soil have to offer this group?

Into the stillness, I read out

Really? That’s it? That’s my package? My potential contribution? It would have been much more humane to have simply written, ‘Go home and don’t bother us again.’

In a world where significance is drafted on the table of leadership, productivity, strategy, diplomacy, I was crushed by the utter insignificance of what others saw as my contribution. Because, unless this is the 1950’s America, hospitality doesn’t get one very far in the battle against good and evil.

I cried to Jay in an aside. I complained. I moped. And to my absolute astonishment, I heard T communicating to the group my very thoughts. “Worship? Really? I don’t want to just be defined by my gift of music. I want to contribute something more … more … I don’t know, theological, academic, ummm, significant.” My words exactly!

The tenor of T’s voice could move mountains of emotion, birth tidal waves of euphoria, strum your core way down in the depth of your soul, but by virtue of its familiarity, it seemed insignificant to her.

Likewise, because hospitality comes easily to me, it seemed inconsequential. It does not take effort to open our home, to welcome, to throw the doors wide and say, “Come on in – what we have is yours.”

I think it is human nature to wish that God would have had the good sense to design us differently.

A few years later, we had moved from our home in Bulgaria to a new life in Hungary. A Bulgarian friend emailed one day, ‘I miss your hospitality.’ It was then that I began to understand what Jay had been trying to chip into my concrete head since that mopey Vitosha moment.

We are God-intentionally gifted for contributing to the community. There is no waste. No mistake. No inconsequential gift.

What I have, you need.

It is one of Satan’s most artistic lies to devalue the gifts with which God has equipped us.

We are at our most beautiful, most revolutionary, and most dangerous to the darkness when we are giving our gifts away. You see, we fit together in community like a puzzle. Like a body. Everybody has something that creates an unstoppable Jesus force when we work together in unity.

I have the gift of hospitality.

Somewhere on the journey, I began to be challenged to see this role in a new, theological light. I began to replace the domesticated definition of the magazine-perfected, catered, interior decorated, wealthy, western-defined understanding of hospitality for its authentic, ancient, Old Testament definition.

Hospitality – the welcoming of the stranger within our midst. The undeterred defense of the helpless, the hopeless, the voiceless of our generation.

Our world may not need catered meals, but it does need fearsome protection. In an era where the question of immigration tears at the fabric of society, where wars have created a generation of homelessness, and the lust for money and sex have enslaved and trafficked millions, God could use a home that harbors the hunted.

And the crazy, topsy-turvy, unrealistic Truth, is that when I give that gift away, it becomes life giving for ME. If you want to gain your life, lose it. Give it away. Hmmm, ancient wisdom for a new year.

There is a holy hush in the house this Budapest morning and I am greeting the first, shimmering lights of 2015 with a candle and the words of Mary,

‘I am the Lord’s servant. May your word to me be fulfilled.’

What do you have to give away?

Not, ‘What do you wish you could give?’

Not, ‘What can you resolve to do differently, or better, or not at all so that you can give.’

No. What has God equipped you to give?

Take a moment here on the threshold of 2015, when the world is new and shivering with anticipation.

What is God asking you to do? How has he gifted you to serve?

In the shivering, shimmer of a new year with new hope for a world that feels its fragility, give away what you have.

One thought on “give it away”