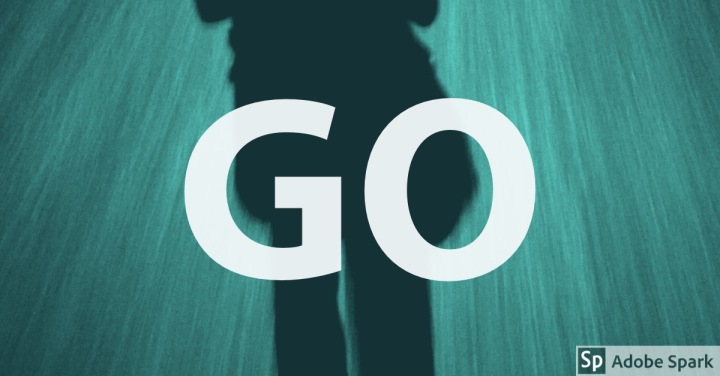 Lena was Russian. Mario was Cuban. It was the 1980’s in the days of the Soviet Union. With their two tiny girls, they poured all of their possessions into 4 one-way tickets to Russia, smuggled the remainder of their lives into two backpacks, and permanently fled the poverty of Havana for Moscow.

Their courage to go is what caught my breath every time Lena indulged my pleas to hear their story. As I sat in her little kitchen sipping a Russian chocolate concoction of cocoa powder and hot sweetened condensed milk, I couldn’t get past the risking of everything for the something that they believed could be better. I tell people that almost everything good that I know about being a missionary, I learned from Lena. You see, I can’t talk about her without talking about bravery and hospitality. She was a walking embodiment of both.

Every other week, we packed our baby girl, Lexi, and her mountain of paraphernalia into the relative comfort of our car to make the 3-hour trek from our Moscow metropolis of 14 million people to the town of Vyaizma and into the home of Mario and Lena. By God’s grace, we were planting a church together.

The family lived in a damp building by the railroad tracks where the heat and hot water pipes had long been barren. During the harsh Russian winters, water was boiled in a great pot on the stove of their two-room apartment to keep us warm in the below-freezing temperatures. The rusty pipes that ran through the building produced a cold metallic soup that turned a light reddish-brown when boiled, but every morning, Mario carried drinking water from the public pump. And every night, they magically produced a bed for us from a couch in the living room that was also their bedroom.  Having sacrificed their space, they slipped their weary bodies into the single mattresses of the shared bedroom of their two elementary school-aged daughters. Mornings dawned with Lena in the kitchen long before me, water heated and ready for a bucket shower, if I wished. This was their gift of hospitality every time we came. Every. time.

I’ve had the privilege of learning one of life’s most treasured truths from the heart of Eastern Europe: Hospitality has nothing to do with the beauty of our homes. It has nothing to do with the aesthetic spaces we create or the artistic foods we produce. Rather, it is the radical act of welcome and the sustaining articulation of, ‘there’s always room. You belong here with us.’  I don’t mean to say that Eastern homes aren’t beautiful or the foods aren’t delicious, because they are. But, when I preach and teach about hospitality in the west, I know that I have to clarify the concept. For western cultures, hospitality is often understood as the evidence and expression of abundance instead of the radical action of welcome and inclusion. It is this second understanding of hospitality, inherently present in the ethic of cultures in the European East, the Middle East, and the Balkans, that we find in the Bible and particularly in the story of Christ’s birth.

[Hospitality] is the radical act of welcome and the sustaining articulation of, ‘there’s always room. You belong here with us.’

Unfortunately, the story of the advent of Christ into planet Earth is a problematic script in these days of fearing the stranger. It’s an otherwise joyful story, but the innkeeper complicates our pleasure. Nobody really knows what to do with the man who answers the door. Years of sermons either vilify him for turning away the holy couple or excuse his actions because he eventually produces a stable. So, he either lacks hospitality or he excels in his resourcefulness, depending upon the lens you choose. Either way, as we listen to this story, we are faced with the dilemma of weighing the offer of hospitality with its significant cost and this is a very unwelcome intrusion into our warm and merry holiday festivities.

It is this Eastern approach to hospitality that has me re-thinking the Christmas story.  With Mary pregnant and Joseph returning to his hometown, the ancient cultural codes, deeply woven into the soil of this eastern landscape, make it improbable that the couple was turned away. In my own experience these past 25 years, I’ve never known a table too small, an apartment too crowded, or a meal too simple that one more couldn’t be squeezed in. It just doesn’t happen here. A very pregnant Mary adds to the argument because still today, in the highly child-oriented cultures of Eastern Europe, one automatically relinquishes his seat on the public bus to pregnant women and babies. Failure to do so brings immediate, verbal, and public shame from vigilant grandmothers. The cultural norm would have been multi-generational, extended families sharing a space in one room and spilling into the next as the numbers grew. In very Lena-like style, heaven and earth would have been moved to give Mary a space and Wo! to the host who even considered turning her away. Theologian Ian Paul gives a fascinating and fuller correction to our western understanding, which you can read here.

I’ve never known a table too small, an apartment too crowded, or a meal too simple that one more couldn’t be squeezed in. It just doesn’t happen here.

But, it may be the sub-theme behind this particular scene that is the truly radical and subversive piece of the birth narrative.  This knocking on the door and this asking for hospitality has the potential to turn our merry and bright creche into an uncomfortable indictment on the story we so happily tell. If this is a tale of a God who creates and then enfleshes himself into his creation, who submits himself to the order he created, and who becomes one of us then the cost of going and the risk of asking and receiving hospitality emerges as a key element. Oh that innkeeper!

What if God inhaled his first earthly oxygen in the chaos of people everywhere? What if the rooms were full of bodies while Mary was sweating through contractions? What if his entry was dependent upon the ebb and flow of life and habits and the ordinary business of living and cooking and cleaning? What if his advent into our world robed in vulnerability on somebody else’s terms is the piece of the Christmas story that we are meant to enflesh, to emulate, to become?

What if the power to genuinely transform our world actually pivots on the multi-layered point of hospitality?

Its a dark and sinister plot twist for our calm nativity scene, to be sure. Have our cultural interpretations of that silent and holy night skewed how we live out the Great Commission to go?

Quite plainly, I am asking, does it not seem clear that this holy night and all of its key characters actually point us towards one word, one imperative? Go. Once the womb of Mary is filled with the Christ-child, Go. To Mary, ‘Go to Elizabeth.’ To Mary and Joseph, ‘Go to Bethlehem.’ To the wise men, ‘Go find the new king.’ To the angelic host, ‘Go announce the birth.’ To the shepherds, ‘Go find the baby in a manger.’ Every element of the Christ story engages in the radical activity of becoming displaced from comfort, from home, from the expected, from the safe, from the secure and into outward movement towards the world. Even and most importantly, God himself goes. The Word became flesh and made his dwelling among us.

What I mean to say is, what if the message we are meant to receive in the Christmas story is not about how we welcome other people into our home, but rather, how we enter into theirs? Oh the irony, if all the time that we spin facebook posts and build walls to keep out the strangers, the moral of our Christ story is to go and become the stranger. Become displaced. Become uncomfortable in your need to ask for hospitality. Become like Mary and Joseph and the Christ-child.  To be a guest in another home, to function on their terms, to sit at their table, to weave Jesus into the conversations that they want to have, to eat the foods that they like in the way that they have prepared them, to enter into the world that they dictate – is this not, actually, the fullest embodiment of Christlikeness?

Oh the irony, if all the time that we spin facebook posts and build walls to keep out the strangers, the moral of our Christ story is to go and become the stranger.

Oh dear family of God, in the anticipation of our coming King and in emulation of him, find the courage to risk everything. The beauty of this Christmas story and the hope for our world is one word. Go.

2 thoughts on “That Innkeeper | Advent Thoughts”

There was an error retrieving images from Instagram. An attempt will be remade in a few minutes.